CALL US FIND US

Good news for Android owners: Chrysler has announced a partnership with Google to create an upgraded version of their infotainment system tailored to and powered by Android. Most current systems, the good ones at least, are compatible with Android Auto™, which allows users to access Android apps from their vehicle’s touchscreen in a limited fashion. However, the latest version of Uconnect®, running on Android’s 7.0 Nougat OS, broadens that functionality by integrating core Google services into the system.

The Uconnect® system is currently found in Chrysler, Dodge, Fiat, Jeep, and Ram models and can conduct a wide range of functions, including calling for emergency assistance, streaming music, and answering text messages. The new system will add integration for:

If you would like to see the amazing things that the Uconnect system is capable of even now, just stop in to Champion Chrysler Jeep Dodge and test-drive any of the Uconnect® 8.4-equipped models. One of our product experts will be on hand to show you how to use each feature. Find the model you want to drive in our new Jeep inventory, and then schedule your visit by calling in at (877) 727-4915. 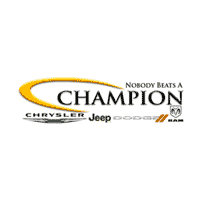